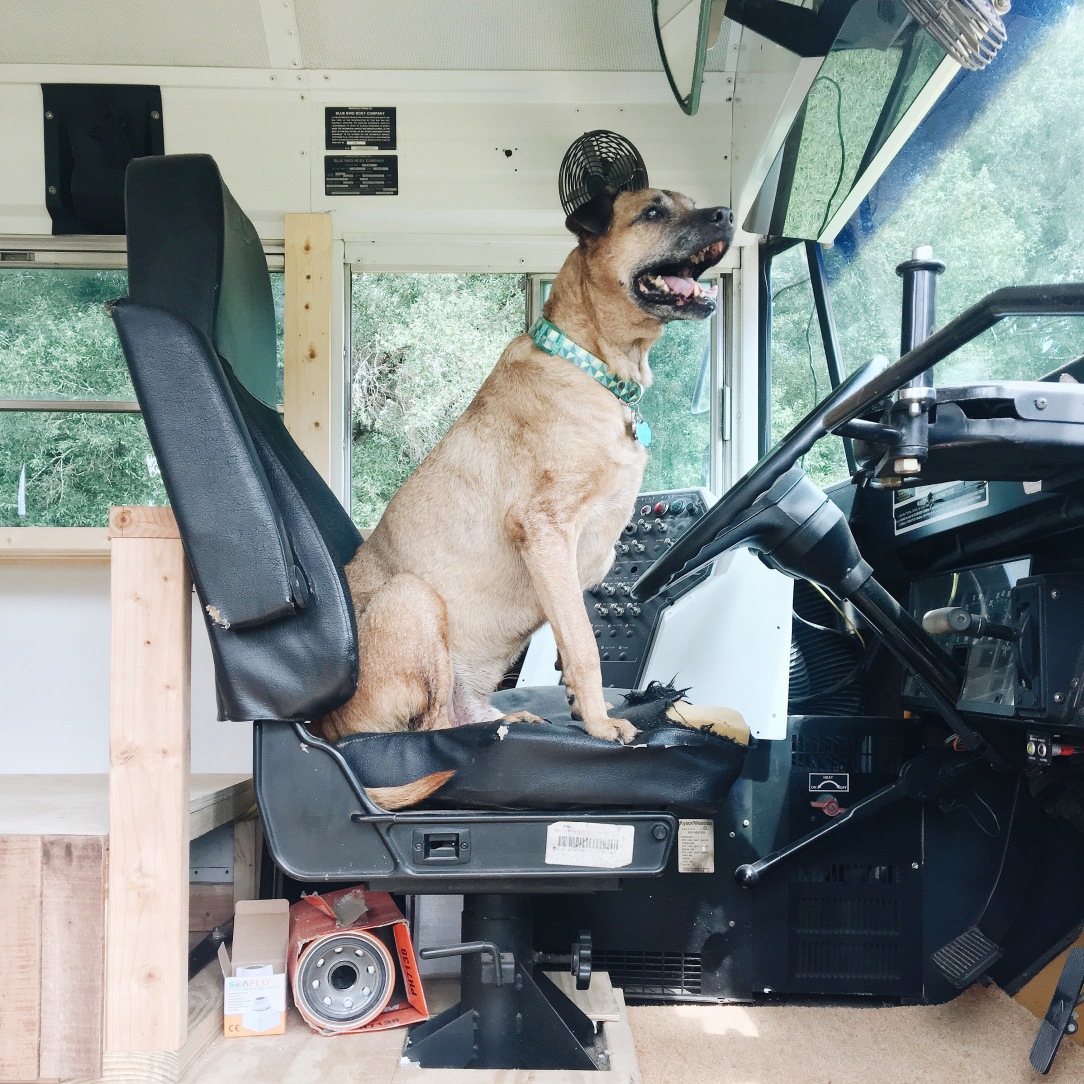 In Memoriam to our 14 year old son Goering Marcellus Wilson.

He got us this far, we will take him the rest of the way.

We lost our son Goering Marcellus Wilson on March 11th.

He gave us 14 years of love and devotion. He would smile when we came home and loved to go for car rides, even if it was just to take a nap in the car. In all honesty he just loved to be around us and loved whatever we were doing with him.

We adopted Gordito (one of his playful names we gave him) from the rescue shelter at about 7 weeks old. He and his siblings had been left at a public boat ramp. At the time Destoni and I worked as window and door installers and he was able to ride with us to the job sites and chill in the houses we were working on. His favorite spot was under the tongue of our utility trailer to stay cool. After being under this bus so many times I agree with him, it’s a lot cooler down there.

As the years rolled on his little butterball belly and floppy triangle ears gave way to a thinned physique and graying of his muzzle and blackened ears. Those ears… They were always the same size, his head grew around them, they did change colors as he grew up. We both loved to just sit and rub his little ears as he slept on our laps.

A few months ago he took a fall off of our bed and landed on his left hind leg. He couldn’t move. We nursed him for the night and took him to our local vet (really awesome guy Dr. Mike Payne). Dr. Mike broke the news of a spiral fracture in his right hind leg and even worse, cancer present in his bones (which contributed to the fracture) and some cancer spots in his chest.

We did what we thought best for him at the time and decided to keep his leg intact, Dr. Mike gave the option of amputation but we felt that with his diagnosis and his life expectancy with the cancer, amputation would only add more pain and more confusion for him.

We mitigated the pain with meds and the swelling went down, but because the cancer had made the bone so brittle the leg would re-break or fracture causing the pain and swelling over and over. We carried him as much as we could for awhile (he loved being held, but hated being carried. That old man was prideful as they come.) For a while he seemed to be doing well with hobbling around three wheeling it.

This past week was really tough with the pain and we could tell he was ready for it to be over. After refusing to eat food or drink much water for almost 2 days we made that hard decision to help our baby boy in the only way we had left.

On Monday we took Goering to Dr. Mike. We held our baby close and whispered our love to him. We looked in his eyes, we kissed his muzzle, and his head, and his paws, and his nose, and every where else we could. We held him close and told him everything was going to be better, that the pain was going away now.

The sedative was all that it took. His head was in my hands. He closed his eyes and gave one last short breath. I felt him go. Our gorgeous, smart, fun loving, devoted baby boy was gone. The pain is gone now. The meds are done with. A piece of our family; a son and a brother, is now at rest. We move on in his memory and our dedication to give Sister Golden Hair (our 2 year old Bloodhound; Goering’s little sister) the same great love that we still hold for Gordo.

Throughout his 14 years he was the best dog a person could ever ask for. He made us laugh, he made us cry, he was the very best of us. He was my best friend. We miss him deeply and feel grateful and blessed to have been a part of his life as he was such a big part of ours.

Today, Friday March 15th, we received his ashes from Dr. Mike’s office. We decided on cremation as we couldn’t leave him here as we leave to travel at the end of next week. The wooden box his ashes were interred into is beautiful, and we were given some of his hair. I have to say a special thank you to Paw Prints Pet Crematory in Jacksonville Florida. They really did a fantastic job with making his resting place so befitting his memory.

We don’t know what the future holds for us, but we know that Goering will forever be our baby boy. He was an original; non reproducible. He will never be forgotten and our love for him will never diminish.

We wanted so badly for him to make this journey with us. The years of playing tag and chasing each other around the yard, the camping trips, the trip to upstate New York and Pennsylvania, the tug of wars, the scary storms in our arms and all the car ride naps were the greatest times of our lives, and we are so grateful for every day we had with him.

He got us this far, we will take him the rest of the way.